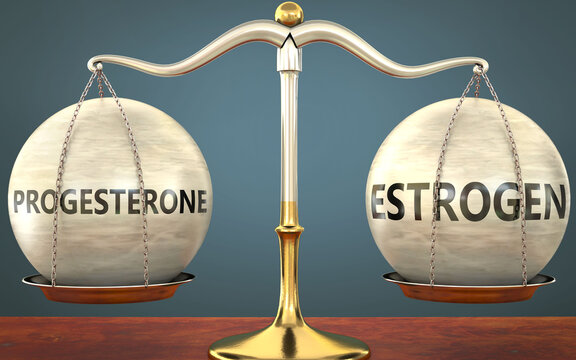 The Connection Between Female Hormones and Asthma

In recent years, there is a growing body of work done by doctors and researchers on how asthma is affected during menstruation. Here is what we know:

During the premenstrual phase, asthma symptoms can get worse. This is known as premenstrual asthma (PMA). It is distinguished from traditional allergic asthma by aspirin sensitivity, and lower lung capacity. [1] According to the research, the true percentage of women that it affects is hard to put a number on but is believed to be anywhere between 19% to 40% percent. [2]

What do we know

According to research, the hormonal shifts that occur during ovulation (a rise, and then decrease in estrogen levels) and around the time of menstruation (a drop in progesterone levels) might be "triggers" for attacks in some individuals and cause a women’s asthma symptoms to become more severe. In fact, a third of women indicate that their asthma symptoms get worse just before or during their period.
‍

🔁 Asthma, Periods and Pain Relievers
‍If you suffer from period pain and have asthma, you might want to be cautious about the pain relievers you use. If you have asthma and take aspirin or non-steroidal anti-inflammatory pills (NSAIDs) like ibuprofen (e.g., Nurofen), you risk having an asthma attack. [3] Paracetamol, on the other hand, is generally considered to be safe. [4]

But this seems not to be limited to just menstruation. It has been reported that during phases of hormonal transition (puberty, pregnancy, and perimenopause), symptoms can get worse. Some studies have focused specifically on the periods of time that these hormones are in greatest fluctuation.

Another study looked at women who were going through menopause. In it, some women experience a worsening of their symptoms throughout menopause and perimenopause, and some even got asthma for the first time in their lives. [6]

Despite the correlation between the changes in hormones and the worsening of symptoms, it is not yet definitive as to whether changes in female hormones are an asthma trigger in their own right, or they make you more susceptible to other triggers.

As well as that, although the research has linked these phases to an increased number of emergency department visits, hospitalizations, and other forms of emergency care, it ought to be the most well-known of all the health problems associated with the menstrual period and other periods, yet many still are not aware this link even exists. [7]
‍

💡 If you feel that you may be affected by PMA, or something similar, then you should consult your doctor about ways to account for it in your management plan [8]

There is a growing consensus that women should try and keep a record of their symptoms and look for any patterns - finding these patterns might aid in taking preventive actions that can help with reducing both the chance of something happening and its severity.
‍

💡 There are a number of great period tracking apps and products that exist to try and track and understand your cycle.

Maintaining reasonable control of your asthma is the most effective method for lowering your risk from asthma triggers, including female hormones. Some practical steps include:

If you are using your relief inhaler more often than three times per week visit your primary care physician or an asthma nurse. They have the potential to assist you in regaining control over your symptoms.

[4] R. Morgann Griffin, Everyday Pain Relief: Asthma: Many common over-the-counter pain relief drugs can cause harmful side effects, such as breathing problems, for people with asthma. Here's what you need to know. WebMD https://www.webmd.com/asthma/features/everyday-pain-relief-asthma

[7] Brenner BE, Holmes TM, Mazal B, Camargo Jr CA. Relation between phase of the menstrual cycle and asthma presentations in the emergency department. Thorax. 2005;60:806–9.